Milo Sparks (formerly Humphrey, birthright Ivanov[1]) is the son of Georgina Sparks and Serge Ivanov, the stepson of Philip Becker, and the former legal son of Dan Humphrey. As a ten-year-old child, Milo is diabolical and inherited his mother intellectual brilliance, which he uses to his advantage.

In Last Tango, Then Paris, a very pregnant Georgina shows up at Dan's loft, along with ultrasound pictures and announces it's his baby.

Milo is born by the beginning of the season, and Vanessa is the second person besides Dan and Georgina, the first being Nate, to find out about Milo. Dan had spent all summer avoiding Rufus and Lily, hoping to stall them finding out. However, Georgina brings Milo to an event Lily is hosting, and reveals him to them. Rufus insists they get a paternity test done, but Georgina says she already had one done. After calling the doctor and confirming the results, Dan signs Milo's birth certificate. Shortly after, Georgina disappears, citing her need for a spa trip.

In Double Identity, Lily builds a nursery for Milo in Jenny's old bedroom, and Rufus finally comes around to accepting him. However, Rufus later sees Milo's birth certificate and figures out via his blood type that it's biologically impossible for Dan to be Milo's father. When Dan finds out in The Undergraduates, he considers putting Milo in foster care before Vanessa offers to move in and help. However, Georgina returns and explains the whole story. She had a short affair with a married Russian man named Serge, who got her pregnant. When his wife found out Georgina was pregnant, she threatened to have her killed. But when Georgina proved that Dan was Milo's father, Serge's wife called off her men. She says Dan saved her life, and Milo's, but she spent some time with her parents who are letting her move back in. She moves out of the loft and takes Milo with her.

Georgina returns in The Wrong Goodbye, and she is now with Philip, who loves Milo and is happy being his stepfather.

Milo is briefly shown in several episodes, mainly with Philip and sometimes Georgina. It's mentioned that he has a nanny. It was confirmed that he is not Dan's real son.

Milo makes his return after overhearing a disagreement between Zoya Lott and her boyfriend Obie Bergmann IV. He volunteers to help Zoya, though she initially tells him to leave as he's only a child. He corrects that he's ten and an eighth grader at Constance Billard St. Jude's School. He remains ominous about his identity, revealing only that his last name is Sparks, but that Google will be her friend in finding out who he is. If she plays her cards right, he could be a friend too. As the day progresses, Zoya takes Milo up on his offer to retaliate against Julien Calloway, and he uses a software program to scan Julien's past tweets in search of problematic ones. He only deploys his plans with permission from Zoya, but they all land perfectly. He even convinces the caterer to spike every food that Julien consumes with drugs so she appears intoxicated and will vomit later that evening. Milo suspects that his on-and-off-again clients Luna La and Monet de Haan are meddling, and reminds Luna of a favor he did for her. She caves and admits that they plan on showing an unflattering video of Zoya to the partygoers. Milo rushes to Zoya to warn her, but by the time she reaches the stage, Julien has already given the order to play it.

Milo has pale skin and shaggy brown hair. Outside his Constance school uniform he appears to wear expensive tracksuits.

Milo has inherited his mother’s ability for sabotaging others as well as her casual attitude about it. He is vastly more intellectual than a usual boy his age with a with a degree of sophistication that can come across as snobbish or even creepy at times. He is a self-proclaimed great problem solver. 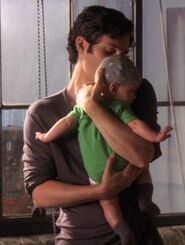 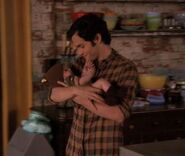