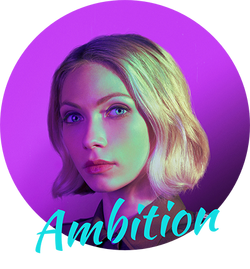 Kate Keller is a main character in the Gossip Girl revival. She is portrayed by Tavi Gevinson.

Kate is “at Constance,” but not part of the power circle of friends and doesn’t play by their rules. She is facing the challenge of gaining and keeping a sense of power and respect for herself. Kate is not one to play by the rules and is set apart from the rest of the social scene. She has an interesting relationship with Julien that consumes a lot of her time.

In Just Another Girl on MTA, she arrives for her first day back at Constance Billard St. Jude's School as an English teacher. She walks up the steps, bumping her coffee into Julien Calloway's designer purse. Julien and her friends Monet de Haan and Luna La turn on Kate to viscously tear apart her choice in outfit. Kate is rescued by a fellow teacher who explains that the students rule the school and have the power to get them to change grades or even fired.

When one of the teachers is fired for refusing to change a students grade last year, Kate wonders if they can teach the students to respect their peers and others. She wants to teach them that they don't have to be rude with their wealth or privilege. She references former alumni including Nate Archibald. Rebecca, a 2009 Constance alumni, shares that back in her years at the school they rich kids lived in fear and submission under the thumb of Gossip Girl. Kate and her fellow teachers - Jordan Glassberg, Wendy, and Rima - decide to revive the retired blog in the form of a Twitter account.

When the Twitter blast doesn't garner the students attention, the teachers turn to Instagram where they capture the attention of the student body. Overnight, they expose Julien and Zoya Lott's lie about not knowing one another before Zoya's arrival, and further expose that Julien played a part in Zoya getting her scholarship. The teachers begin to wonder how far they should take their schemes, but Kate is confident that they are doing the right thing. Jordan brings Kate a photograph of Zoya and Obie in a window changing. He remarks that he feels horrible for taking the pictures and sharing them with Kate, and questions if they can really use this. She notes that they have to be all-in.

After sharing the groundbreaking image, Kate sets off a series of events in the lives of the upper classmen and finally launches her platform as Gossip Girl. She and the teachers gather around the cell phone as they look at the influx of DMs, wondering which one they should send next. Kate remarks that they can send whatever they want. The next day at school, Julien not only helps Kate pick up her papers after knocking into her, but compliments her blazer.

In "She's Having a Maybe", Kate is amongst the other teachers who are forced to attend parent teacher conferences.

Kate is a shorter woman with blonde hair cut into a bob, blue eyes, and a round face. She strongly desires the approval of her students and spends hours trying to pick out an outfit that won't cause them to lash out at her. She doesn't hold much confidence in herself until she picks up the moniker of Gossip Girl.

Like many of the faculty at Constance Billiard and St. Jude, she is beyond frustrated at the horrid treatment she receives from the students (with an emphasis on Julien Calloway, Monet de Haan, and Luna La). Her particular frustration is at least partly rooted in a lofty belief that she is supposed to be nurturing the students into great people instead of cowering in terror of displeasing the students and their powerful parents. Despite the animosity from much of the student body, Kate nonetheless seeks out validation from them. She has spent an hour creating an outfit she hoped her students would not tease her for and she regularly the Instagram stories of influential students like Julien.

Upon learning of the first Gossip Girl saga that had students back in the day kept in check for fear of maintaining their social statuses, Kate grew curious at the phenomenon and felt inspired to take on the moniker to "reclaim the power." Her ambition and resentment has driven her to spy on teenagers and colleagues alike then broadcast their innermost secrets for the world to see. She is willing to trick, manipulate, and scapegoat her friends to protect her newfound power - all while maintaining a duplicitous facade.

Kate truly believed that her actions as Gossip Girl were for the greater good and that the extreme measures she is taking is justified as long as it creates her idea of a "better future." She has also hesitated posting certain material for clout, especially when it involves more innocent students at the school, but the mass of her consciousness doesn't outweigh the growing number of followers on the Gossip Girl account. Her remark to Zoya about how she isn't "pure" like her namesake Saint Catherine of Alexandria shows that she is aware that her actions are invasive and hurtful. She spends a good deal of time justifying her actions to herself in an attempt to not just assuage the growing guilt she feels, but her overwhelcoming savior complex.

Besides her uncertainty at posting sensitive information at times, the drive behind her latest actions come from her insecurities of not being the best at what she wants to do. In a confession with Nick Lott, Kate admits she realized she will never be the best at writing, and intentionally sabotages herself when an opportunity arises for the benefit of her future and, unbeknownst to him, believes being Gossip Girl will be the only thing she can amount to. 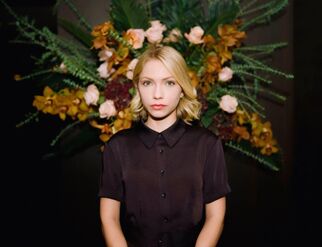 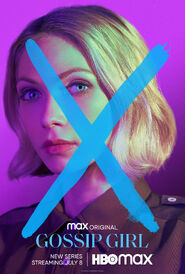