When Gossip Girl turns the city against her, Julien leans on Zoya in her search for the truth. Meanwhile, Kate and Jordan attempt to outsmart their coworkers, Audrey and Aki open their minds, and Max tries to find his voice.

Gossip Girl: Look alive, followers. It's a new day, and I, for one, woke up in a good mood. So how about we play a game? Two truths and a lie. One, you have control over the things that matter in your life. Two, the world is a generally forgiving place. And three, no matter what, in the end, the truth will set you free. The answer? I cheated. They're all lies. Because the real truth is there's no such thing as truth. There's what you believe, what I perceive, and what history remembers. Everything else? A mystery. The grey area. A drawn game. And perhaps no one knows the truth about the truth more than Tribeca's least wanted. Last seen supporting Daddy DJ's big night out, our influential ingenue remains notably silent in the face of her father's gray areas. Perhaps she's more complicit than we think. Because if she is taking a stand, it's to plead the fifth. But you can only stay undecided for so long before history decides for you, whether you like it or not. And as far as you're concerned? I'm history. The record. Your karma. So true believers, nay-sayers, and everyone in between, watch this space. You may not like what I have to say, but karma's that bitch. And so am I.

Gossip Girl: Spotted! Alleged DJ Daddy Devious with his as-yet-undeclared daughter. From this long lens, it's hard to tell if this is a showdown or a secret strategy sesh. Until we have proof, we won't know what side Julien stands on. But for now, this picture tells a bunch of words.

Gossip Girl: Spotted. First Daughter of Disrepute sneaking off on a road less traveled. They say, "If you know, you know." So did you, JC? The people deserve an answer. And since you won't provide one, it's come to this. An open call. First follower to prove JC's offish stance with Daddy Davis wins. Extra points for following a rule I hold close. If you don't have anything nice to say, slide into my DMs and anon away.

Gossip Girl: This just in. One forgotten face about to hit the headlines after a long absence. Looks like this one-hit-wonder is the true victim of bad Dad's magic touch. But the real hot scoop? Julien Calloway herself is working to silence survivors. At least we finally know where she stands. And no matter whose side you're on, Julien's just proved it's all relative. Maybe the truth can set you free. But a lie? A lie will cost you everything. XOXO, Gossip Girl. 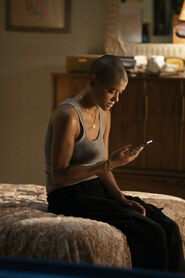 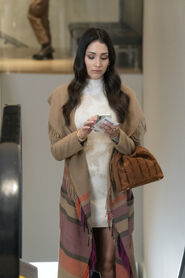 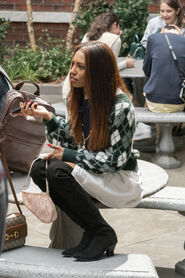 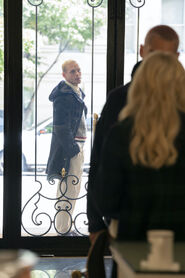 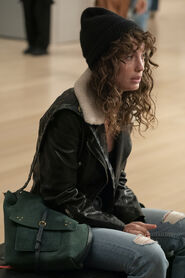