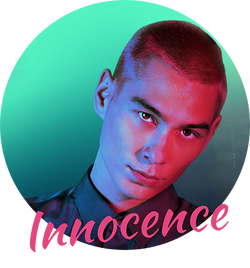 Akeno "Aki" Menzies is a main character in the Gossip Girl revival. He is portrayed by Evan Mock.

Aki is the youngest son of the 88-year-old, Australian right-wing media mogul Roger Menzies. His mother Jody Menzies, now divorced from Roger, is a high-powered corporate connector. Aki’s been with Audrey basically since birth - just as long as he’s been Obie’s best friend. Aki and Jody live in a Park Avenue tower - literally higher than the clouds. He is a shy film enthusiast who loves to skate. He is described as Innocent.

Akeno was born to Roger Menzies and Jody Menzies in 2005, making him the youngest of the Menzies family. His father is an Australian right-wing media mogul while his mother is a corporate connector. His parents have been divorced for quite some time, leading Aki to live with his mother. He isn't close to his three, much older, half-siblings.

In "Just Another Girl on the MTA", Aki and his girlfriend Audrey Hope having an early morning rendezvous, but she has trouble finishing. She apologizes but his response prompts her to mention that he never used to mind when it took her longer before. He comments that they spent all of quarantine together. They head to Constance Billard St. Jude's School together where they reunite with their best friends, Julien Calloway, Monet de Haan, Luna La, the flirtatious Max Wolfe, and Julien's boyfriend Obie Bergmann IV. Audrey embraces Julien happily before taking a seat at the table. The seven friends excitedly catch up - Aki compliments Max, Max makes a flirtatious move at Audrey while Aki watches, and Monet encourages a distracted Julien to pose. Aki flirts with Max as well, caressing Max's face and pointing how attractive he looks in person after a year of wearing masks.

In "She's Having A Maybe," Aki reluctantly accompanies Max to an upscale bathhouse to stalk their teacher Rafa. While initially hesitant, he makes out with Max in the nude in an attempt to pique Rafa's attention and jealousy. He finds the make out session arousing, which Max is quick to point out. After a brief confrontation with Rafa who then walks away from the pair, Aki coquettishly asks Max if they should try to follow Rafa and make out in front of the teacher again.

In "Lies Wide Shut," Aki confides in Obie that he cheated on Audrey by making out with someone else - careful not to share that the brief affair was with Max. Obie reassures his friend that as long as it was a one-time fling, there is no need to worry Audrey with the indiscretion.

Later that night, Aki and Audrey have an unfulfilling night of sex. Audrey suggests they try a different position and begins to perform oral sex on Aki. She tries something new (implied to have been an act that she did with Max during their one-night stand) which shocks Aki so much he pulls back and shares that he "needs time to recoup." They end the night frustrated and are about to sleep when Gossip Girl drops a blind item about a couple dealing with infidelity. Both Aki and Audrey suspect that the item is about their indiscretions and confront Max about it the following morning. Max attempts to reassure them that he did not share their secrets to Gossip Girl - adding that he blocked the account and the blind item could be about any of the many affairs happening on campus.

Max enlists Aki's begrudging help by creating a fake Scruff profile on Aki's phone with the goal of catching Max's father Roy in the act of cheating. At the opening night of a new play, Max meets up with Aki at the theater to check on the progress of their mission. Aki confirms that Roy took the bait and started a conversation on a possible in-person hook up, prompting Max to take the phone and continue the conversation himself. Right before the play starts, Max sits himself between a nervous Audrey and Aki. Aki asks Max to return his phone to him just as Max sets their fake profile to "Offline." Max checks the chat history and finds that Aki has been talking to other men apart from Roy, teasing his friend for doing "extra credit homework."

In "Parentsite", Aki is picking out clothes for Audrey. His mother comes in and offers to help but Aki insists that he knows what his girlfriend likes. He and Max visit Audrey at the hospital, who has been micromanaging the staff attending to her mother. After listening to her many grievances and reminding her that she still has school take care of, he offers her some fresh change of clothes with some sassy help from Max, who brought a breakfast quiche for her. While Audrey goes to change, Aki and Max bond over their concern over their shared lover - only for their conversation to be interrupted by one of Rafa's many texts. Max assures Aki that he broke it off with Rafa. Back at the school, Aki is wandering the school with a shopping bag filled with new designer clothes looking for his girlfriend. He walks up to Max who lets him know Audrey just left to go back to the hospital. Aki is frustrated at not being able to keep up with and help Audrey, so Max offers to deliver Aki's present to Audrey so Aki can attend sports try-outs. As they walk to class, Aki reminds Max to not make any comments about Aki's orientation since Aki is still not out.

Later that day, Aki catches up with Max at the hospital. Max mischievously yet concernedly points out Audrey nagging the hospital staff again when suddenly his phone is bombarded with irate messages from past flings. Max checks Instagram and finds out that Gossip Girl has been spreading false rumors about Max having STDs using photos of Max waiting for Audrey and Aki at the hospital. As they return to discussing their concerns for Audrey's anxiety and behavior, Aki mentions that he and Audrey are expected to attend dinner with his father who is visiting New York. Kiki's doctor overhears this and emphatically pleads that they take Audrey as she has begun harrassing other patients and visitors along with the staff. Aki and a begrudging Audrey attend the dinner with Aki's dad and Obie's mom; Audrey snarkily remarks at Zoya's presence at the dinner as well. Conversation at the dinner table turns heated as Zoya brings up her various criticisms of Mr. Menzies' conservative media sites while Audrey expresses her anger that her boyfriend's father allowed his employees to report on her mother's business struggles in humiliating detail and frequency. After dinner, Zoya and Aki's father clash again when it is revealed that his father's company is being sued by a gay employee over alleged discriminatory treatment. The tension pushes Aki to walk out in a hurry while a flustered Audrey reprimands her boyfriend's father for not being sensitive when discussing gay issues because one "never knows how someone identifies." This outburst causes the dinner attendees to realize that Aki is queer and Audrey is mortified that she essentially outed her boyfriend to his parents. Aki catches her right as she gets into a cab and she apologizes for having "said something" to his parents. He reassures her that "whatever it is, it'll be okay" before she leaves into the night. The next morning, Aki is in his bedroom talking to Audrey when his mother comes by. She checks in on Audrey's mother's situation before trying to get him to open up about his sexual orientation. Aki brushes off the question and asks for some privacy so he can finish his homework; his mother obliges. Right as she leaves his bedroom, she lets him know that his father wants to see Aki at the navy yard before jetting off. Aki arrives to a busy protest and meets up with his father amidst a busy protest; when confronted by news reporters, his father touts him as a "gay" son to swat away allegations of homophobia. As Mr. Menzies leaves for his flight, Aki is left alone and catches Obie's attention amidst the crowd. Obie gives a complicated sigh as Aki is left having to deal with the fact that his father used him as a prop to save face.

Across the city, Max has dinner with Audrey and Aki. Audrey invited the two boys over to thank them for supporting her through her mother's ordeal. After dinner wraps up, Max gets ready to leave to give Audrey and Aki some privacy. The pair convince him to stay and the trio consummate their love for one another.

Aki is a slender teenager with almond-shaped eyes and a few tattoos dotting his body. He has high, striking cheekbones on a gaunt face.

He starts off the show with cropped hair dyed a pastel pink. He favors comfortable street wear such as oversized graphic shirts and denims. He has an aversion to more eclectic or extravagant clothing, believing it makes him "stick out."

Aki is one of the more soft-spoken and amiable members of the friend group. While not as socially conscious as Obie, he is kind to new faces and tries to see other people's perspectives even when his friends and girlfriend are not as sympathetic. He defended Julien when his friends were upset that she kept her plans with Zoya a secret from them and tried to get Audrey to see things from her mother's point of view despite knowing of their strained relationship. His objective advice and therapist-like perspective has earned him the teasing nickname, "Dr. Menzies," as well as Audrey's occasional annoyance.

He prefers to give attention rather than receive it. He is very comfortable with public displays of affection with both Audrey and Max but avoids things he believes would make him "stick out." He regularly makes movie references and is often seen with his skateboard.

Aki is a bit of a film buff and finds avenues to reference films like Seven Samurai and filmmakers like Gaspar Noé, whether his friends appreciate it or not. Like his actor Evan Mock, Aki is an avid skateboarder. 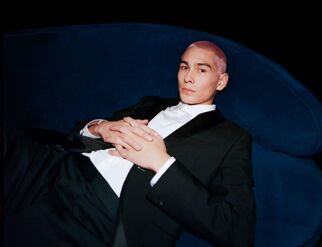 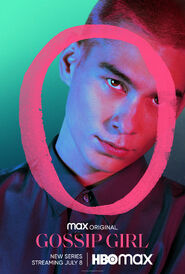